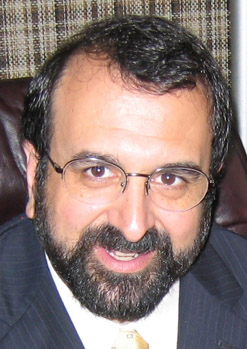 I am the partner of Dr. John Andrew Morrow in the Covenants Initiative, our campaign to bring back from historical obscurity the Covenants of the Prophet Muhammad. In response to your article on Jihad Watch, “Christianity Today touts ancient forged document as basis for ‘Muslim-Christian peace today’,” about the acquittal of the Christian women Asia Bibi by the Pakistani Supreme Court on charges of blasphemy, and the role of the Covenants in this, I need to ask: Are you a competent scholar of these documents? Do you reject them based on a thorough study of the arguments for and against their legitimacy? Are you aware of our detailed and exhaustive arguments for the likely validity of (most) of the Prophetic Covenants that appear in Dr. Morrow’s book The Covenants of the Prophet Muhammad with the Christians of the World (Angelico, 2013), as well as in the three-volume anthology Islam and the People of the Book (Cambridge Scholars, 2017)? In these books we have specifically confronted and refuted most of the arguments brought by various scholars against the Covenants’ validity; if you have good reason to believe the Covenants are forged, it should be easy for you to refute our arguments, one by one. As for your other objections, there have certainly been Muslim leaders who have ignored the commands and example of the Prophet Muhammad by oppressing other religions, just as there have been Christians—the judges, torturers and executioners of the Inquisition, for example—whom “Judge not lest ye be judged” and “Whatever ye do unto the least of these, my brethren, ye do unto me” have not restrained from evil. Taking many centuries of history into account, no community of believers is free of major collective sin. Jesus Christ told his disciples “A new commandment I give to you, that you love one another” (John 13:34)—and Allah, in the Qur‘an, said of Muhammad, “And We have not sent you, except as a mercy to [all] the worlds” (Q:21:106-107). These passages demonstrate that anyone who hates unjustly in the name of a particular God-given religion has misrepresented and slandered that religion—just as the Inquisition slandered the religion of Christ—just as ISIS and their like have slandered the religion of Muhammad, peace and blessings be upon him.

But what is most disturbing about your response to the article in Christianity Today on the acquittal of Asia Bibi, is—that you don’t seem happy about it. Is it because she is Catholic rather than Orthodox that you show no sympathy for her? The defense of the life this woman, by pious Muslims, in obedience to the command of our Prophet—some of whom lost their lives in the process—was a stern and holy act of love, totally in line with both her tradition and ours. In the words of the Noble Qur‘an, “Whoever saves the life of one human being, it is as if he had saved the lives of all humankind” (Q. 5:32). It appears, however, that when you encounter such an act of true love, the first thing it does is bring out all the hate in you. Is your hatred for Islam stronger than your love for your fellow Christians? When Muslims defend a Christian woman, do you react with anger because this violates your image of Islam? If so, it is only one short step to secretly rejoicing when ISIS massacres Christians because their crimes confirm that image! We are not in a popularity contest, Mr. Spencer. The struggle is not to make Muslims or Christians look good, but to make sure that they are good. That’s why we have been in the thick of the ideological fight against ISIS since 2013, and why we submitted a paper to the Trump administration entitled “War on Five Fronts: A Comprehensive Plan to Defeat ISIS.” When you call into question the motives of Muslims who risk their lives to defend Christians, and claim this defense is based on a false notion of Islam, it’s as if part of you actually wants all Muslims to be terrorists—and anyone who wants all Muslims to be terrorists is not working against terrorism in the name of Islam, but rather for it. If you impugn the actions of Muslims who defend Christians, are you truly a friend to your fellow believers? Or are you really their enemy?

Here is a link to 43 contemporary stories of Muslims defending Christians from attack by ISIS and other groups; feel free to look them over, then let me know what you think:

Muslims Defending Christians Around the World