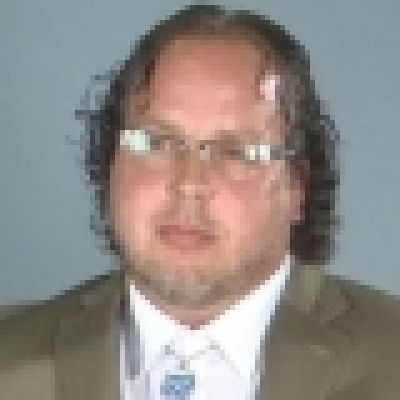 The Muslims are coming. They are invading America. They are taking over. They are imposing seventh-century Shari‘ah Law on good, God-fearing, Christians. They are oppressing women. They are living off the welfare system like blood-sucking leeches. They are spreading crime and disease. Just look at Muslim-dominated Detroit, writes Geoffrey Grider, “a full-time minister for the Gospel of Jesus Christ,” it is America’s most violent, crime-filled city. Pause. Reflection. Reason. Comparison.

To assert that Detroit is “Muslim-dominated” is ignorant and nonsensical. At 38%, Christians represent the largest religious group in the city. Since secularists represent nearly 58% of the population, Detroit is a mainly irreligious city. This number is higher than the national average. In the US, an average of 50% of Americans describe themselves as secular.

It is Dearborn, Michigan, that has a large Arab American population. At nearly 30% of the population, however, they are hardly a majority. And although most of the Arabs in Dearborn are Muslims, the community includes a considerable number of Christians, mostly Maronites, Assyrians, Chaldeans, and Syriacs. How does Dearborn, a city with nearly 30% Muslims, compare with Detroit, a city with nearly 40% Christians?

If we compare the crime rates, per 100,000 people, between “Islamic” Dearborn and “Christian” Detroit, based on FBI statistics from 2006, which differ little from those for 2016, the results are revealing (refer to the table of data below):

When it comes to killing, the “Islamo-fascists” from Dearborn cannot compete with the “Crusaders” from Detroit. Although it is no longer “Murder Capital, USA,” Detroit comes in third place, after St. Louis and Baltimore, as the most murderous, blood-soaked, cities in the country. Its overall crime rate is 105% higher than the national average. While far from perfect, Dearborn is safer than 28% of the cities in the United States.

So, what happens when Muslims move into the neighborhood as they did in Dearborn, Michigan, in the 19th and 20th centuries and continue to do so today? They work hard as Muslims most always do. They build strong families. They help one another. They create businesses. They educate their children and especially their young women. They become professionals. They serve in the military. They enter politics. They become wealthy. They become philanthropists. In short, they integrate into American society. The same, however, cannot be said of those “Christians” in Detroit, some will argue. “But they are poor, dispossessed, and discriminated against.” Sure, it can be said, but so were the Arab Muslims who settled in Dearborn. “You can’t compare them to us. They are Christians but we are Black…” Racism comes full circle…

The comparison between African American Christian Detroit and Arab American Muslim Dearborn is not necessarily fair. The historical, sociological, and economic situation is complex and the variables are many. Contrasting the two communities, however, serves a didactic purpose and helps refute the lies of racists, bigots, and hate-mongers who try to pass themselves off as journalists. Muslims are not a menace, not any more than Christians are a menace. People are people. They are the product of their environment. Generalizing is generally wrong. However, if we look at the example of Arab Americans, particularly those from Dearborn, Michigan, the empirical evidence indicates that Muslims make the best of neighbors and are invaluable assets to the United States of America.

Dr. John Andrew Morrow is both Muslim and Michif. An academic and a religious scholar, he has authored a large body of articles and books in the fields of Islamic, Hispanic, and Indigenous Studies. An activist and advisor to world leaders, he received an ISNA Leadership Award in 2016. He can be followed @drjamorrow, www.johnandrewmorrow.com, and www.covenantsoftheprophet.com. His videos can be viewed on The Covenants of the Prophet Channel on YouTube.