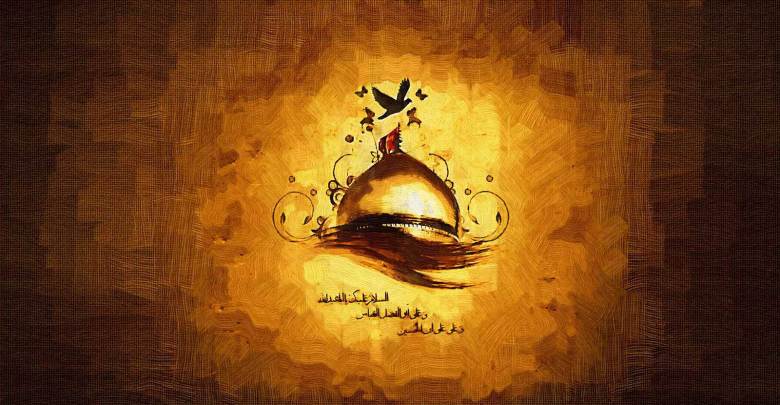 SHAFAQNA – In the Name of Allah, the Light. Praise be to Allah, the Light of Lights, and peace be upon the Prophet Muhammad, his daughter Fatimah al-Zahra, and the Twelve Imams who were living reflections of divine luminosity.

Greetings of peace and words of welcome. The Husayniah Islamic Society of Seattle and Global Initiatives are pleased to host you for Husayn, peace be upon him, Day, on this 28th day of April of 2018. May Almighty God bless Sister Zahra Abdi, all the respected speakers who will share their words with you this evening, and the audience as a whole.

In the beginning, there was Allah, the One, the Only. He was a Hidden Treasure who wished to be known. In the cold, dark space of eternity, He manifested His Light. From His Light, He revealed His Treasure, the Light of Muhammad, peace and blessings be upon him. From the Light of Muhammad, He created ‘Ali, Fatimah, Hasan, and Husayn, namely, the light of his son-in-law, daughter, and grandchildren. From the light of Husayn, Allah created the lights of the nine following Imams. Fourteen Infallibles featuring the Prophet, his Daughter, and the Twelve Imams. They were named after the Names of God: the very manifestations of His Divine Attributes.

He created nine Imams from the light of al-Husayn and called them and they obeyed Him, before Allah created either Heaven on high, the outstretched earth, the air, the angels or man. We were lights who glorified Him, listened to Him and obeyed Him. (Lantern of the Path)

In the Second World of Particles, Allah took the light of Muhammad and ‘Ali and, with it, created the particles of Adam, and from him, all of humanity. Allah gathered all the souls and asked them: “Am I not your Lord?”. They all testified to his Divine Unity. Allah then commanded the lights to prostrate to Adam since he contained the light of Muhammad and ‘Ali which was the very light of Allah. And so, they did, all save Iblis or Satan.

And so, we were, for eons, in the world of souls and spirits, immersed in the warmth and radiance of divine love. Allah said “Be” and it was. He created the physical world out of the Light of Muhammad and ‘Ali. The universe came into being with a big bang. After ages, our planet came into existence, and after millions of years, it was suitable for our physical Adam to surface. In him was placed the light of Muhammad and ‘Ali, Allah bless them and grant them peace. And so, began the voyage of divine light from Adam peace be upon him, down to the historical Prophet Muhammad, may the peace and blessings be upon him and his progeny. The light of the Prophet passed to his daughter Fatimah, God bless them both. It rejoined the light of ‘Ali to produce Hasan and Husayn, peace and blessings be upon them all. Light upon light, nur ‘ala nur (24:35) the light of the Light was passed down to Imam Husayn, ‘alayhi al-salaam. Such is Imam Husayn, peace be upon him, from a spiritual and metaphysical point of view. You may accept. You may reject. However, a tantalizing taste of the esoteric you have been given: an essential complement to the exoteric.

The Prophet Muhammad, peace and blessings be upon him and his family, received revelation. He was sent to renew and revive the religion of Abraham, peace be upon him. Through him, God’s religion was completed and perfected, although truth is to be found in all divinely revealed religions. He insisted from day one, from the very first time he preached the message of Islam to his extended family and kin, that ‘Ali was to be his heir and his successor, both spiritually and politically. He repeated this divinely-revealed mandate regularly throughout his mission. He said that Ali was to him what Aaron was to Moses; that the truth was with ‘Ali and that ‘Ali was with the truth; and that ‘Ali would be the master and guardian over everyone over whom the Prophet Muhammad had been master and guardian. May peace and blessings be upon the Messenger of Allah and His Holy Household.

The Prophet Muhammad, peace and blessings be upon him and the People of His House, proclaimed that he was leaving behind two weighty obligations, the Qur’an, and his Ahl al-Bayt, the People of His Household. He stated that the People of the House, the Imams from his Progeny, were like the Ark of Noah, and that anybody who boarded it would be saved, and those who failed to board it, would be doomed. The Prophet Muhammad, peace and blessings be upon him, stated that he would be followed by Twelve Caliphs or Successors and that the last of them would be the Mahdi, the Divinely-Guided One, who would reappear along with Jesus at the End of Times. May Allah hasten their reappearance. Ilahi amin ya rabb al-‘alamin.

Imam Husayn, peace be upon him, was the Wali Allah, Hujjat Allah, Khalifat Allah, Bab Allah, Ayat Allah al-Kubra, al-Mathal al-a‘la, and al-urwat al-wuthqa, the Friend of Allah, the Proof of Allah, the Vicar of Allah, the Door to Allah, the Supreme Sign of Allah, the August Symbol, and the Most Solid Handle. He was the spiritual and temporal successor of his grand-father, the Messenger of Allah, despite the fact that he was deprived of his right by Mu‘awiyyah ibn Abi Sufyan, may God send him to Guantanamo Bay or, better yet, subject him to extraordinary rendition. That sounds even scarier.

Imam Husayn had no political ambition. He never tried to overthrow the Umayyads. He devoted himself to piety and passing down the true teachings of the Prophet Muhammad, peace and blessings be upon him and his family. He posed no military threat to the oppressive and despotic superpower of the time. He engaged in passive resistance. He was entirely non-violent.

Yazid, the rotten fruit from the rotten tree, succeeded his father, and continued to spread corruption on Earth. What is more, he wanted all Muslims to be complicit in his crimes. In fact, he demanded allegiance from Imam Husayn, peace be upon him. When he refused, he planned to have him killed at the Ka‘bah during the Hajj or pilgrimage to Mecca. Husayn, peace be upon him, refused to submit, in word or in action, to Yazid for to recognize him as Caliph, or Successor of the Prophet, was tantamount to recognizing Satan as God.

Imam Husayn, peace be upon him, left the holy Hijaz and headed toward the city of Kufah which was a traditional stronghold for the followers of his father, Imam ‘Ali, peace be upon him. He knew he would never make it. In fact, he headed directly toward the land of his destiny, the desert region known as Karbala’. There, his small band of family members, friends, companions, and supporters, were surrounded by the armies of injustice and oppression. Vastly outnumbered and out-armed, they were systematically slaughtered.

And yet he was hunted down heartlessly, hounded by hyenas, surrounded by snakes, harassed by sons of harlots, persecuted by pigs, tormented by terrorists, only to be slaughtered like a lamb and butchered like a baby. By whom? By the forefathers of al-Qaedah, Da’esh, and al-Nusrah, by the same demented and demonic terrorists who have brought hell to Algeria, Iraq, Syria, Somalia, Nigeria, Belgium, France, Spain, the UK, Canada, America, and beyond.

During the first year of his rule, Yazid, the archetypal tyrant and servant of Satan, killed the grandson of the Prophet, the archetypal holy man and servant of God. During the second year of his rule, Yazid pillaged and plundered the sacred city of Medina. His forces killed over 10,000 people, including nearly one thousand Companions of the Prophet. Over one thousand women became pregnant due to rape. To top it all off, he burned down the Holy Ka‘bah in Mecca, the holy of holies, during the third year of his rule. And yet he had and has followers to this very day. Some of them were very fervent. It was in their vested interests to support the oppressive regime. It benefited them financially and politically. Most of the masses simply shrugged their shoulders, obeyed the government blindly like livestock, and followed their leaders like lemmings, even if it meant plunging into the ocean of eternal fire.