Dr. John Andrew Morrow’s book Finding W.D. Fard: Unveiling The Identity Of The Founder Of The Nation Of Islamhas been reviewed by the Berkeley Institute for Islamic Studies in which it has been labelled as a ‘masterpiece’.

Finding W.D. Fard: Unveiling the Identity of the Founder of the Nation of Islam provides an overview of the scholarly literature related to the mysterious figure of W.D. Fard and the theories concerning his ethnic and racial origins. It provides the most detailed analysis of his teachings to date in order to identify their original and multifarious sources. Finding W.D. Fard considers the conflicting views shared by his early followers to decipher the doctrine he actually taught. Did W.D. Fard really profess to be Allah, or was he deified after his death by Elijah Muhammad? The book features a meticulous study of any and all subjects who fit the profile of W.D. Fard, and provides the most detailed information regarding his life to date. It also offers an overview of turn-of-the-20th-century Islam in the state of Oregon, demonstrating how much W.D. Fard learned about the Muslim faith while residing in the Pacific Northwest.

In this review Bilal Muhammad heaps praise on Finding W.D. Fard, even at one point describing Morrow’s writing as “get[ting] so close to the mystery man, that you can almost touch him.” 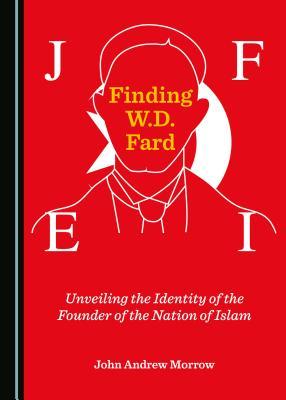